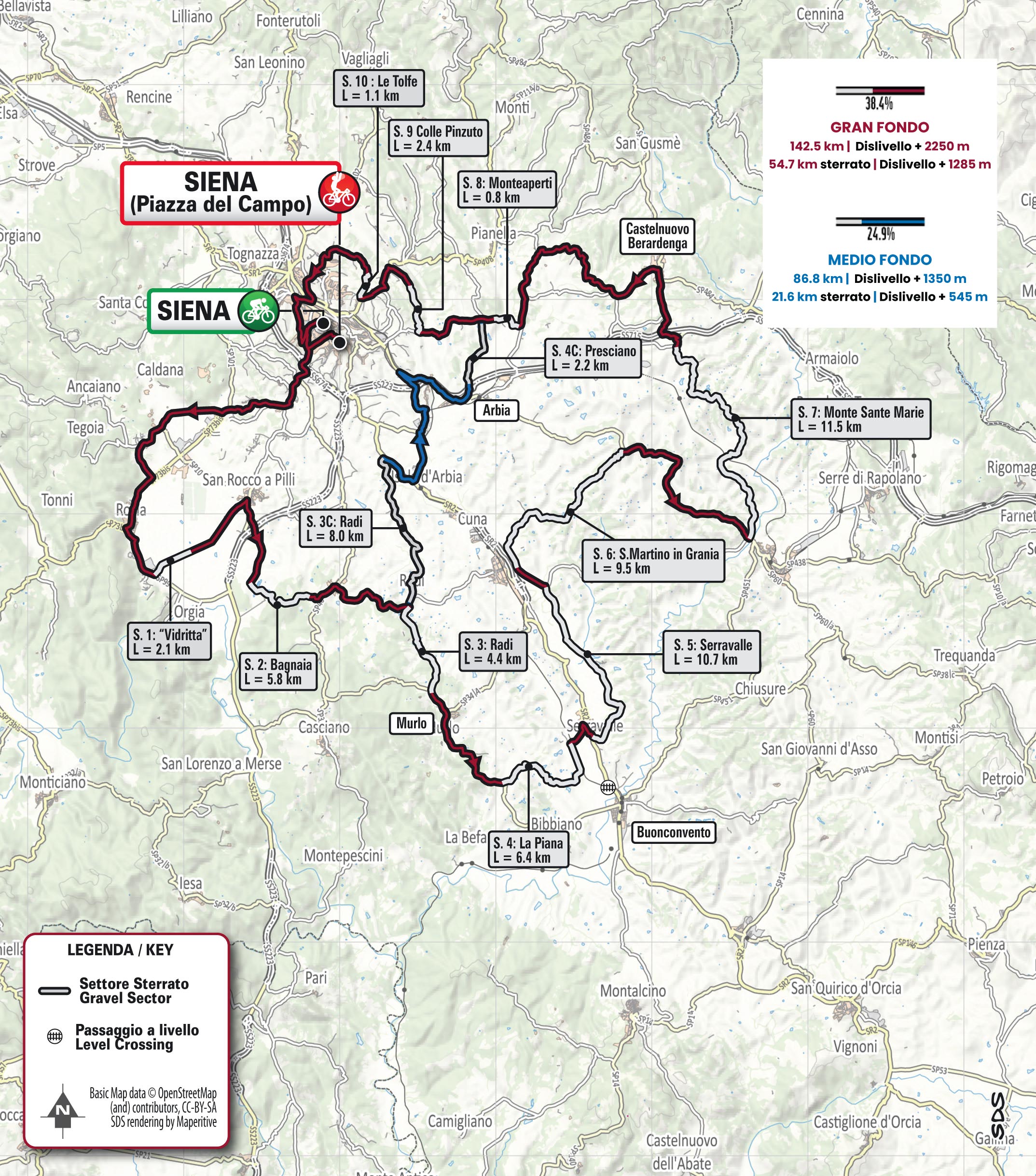 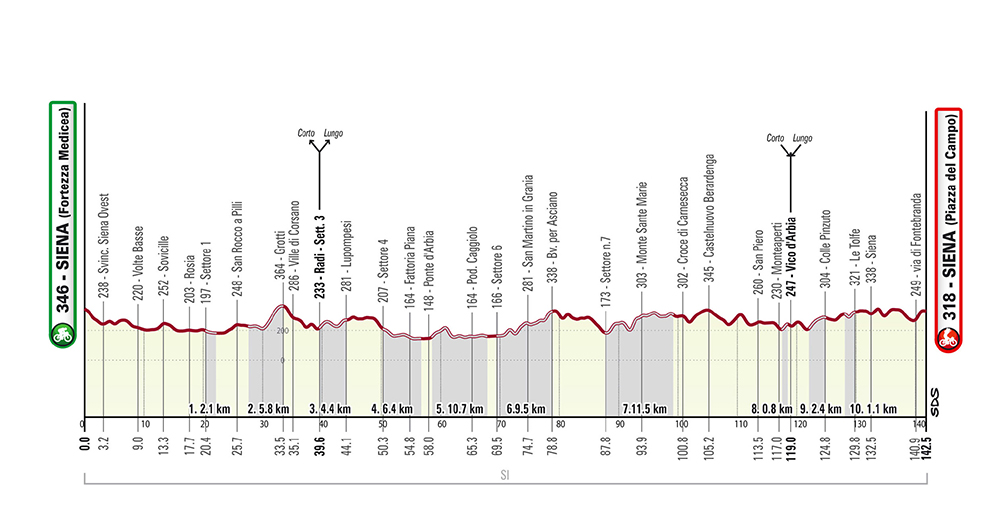 The race largely shares the course with the Women Élite event. The route is twisty and undulating, with no lengthy climbs, but with punchy hills, especially on the unpaved parts. Newly added to the route is the most popular and most challenging sector of Monte Sante Marie, named after Fabian Cancellara, with gradients exceeding 15% on both climbs and descents. There are roughly 55 km of gravel roads (38.4% of the total race route) appearing in 10 sectors (some of which are “new” to both the women’s and men’s Pro race), with a roadbed in good conditions, well-packed ground with no grass invasion, and a little gravel on the surface.

Starting from Siena (near the stadium/Fortezza Medicea), the first undulating kilometres are on tarmac before reaching the 2.1 km gravel sector 1 at km 11, which is perfectly straight and always slightly uphill.

The second sector (5.8 km) is just a few kilometres away; this will be the first challenge of the race, with a short and mild descent, followed by a long climb with gradients around 10% and above.

Upon reaching Radi, the route takes in sector 3 (4.4 km), immediately followed by sector 4 (6.4 km, partly new), with no major gradients, which leads to Ponte d’Arbia. Here, the route crosses the Cassia and takes a first-ever pass on the new Serravalle sector 5 (10.7 km long). Monteroni d’Arbia marks the start of sector 6 (San Martino in Grania, 9.5 km), in the Crete Senesi hills. It’s a long sector, marked by gentle climbs and descents in the first part, and ending with a long, twisting climb that leads back to paved road. The race here takes a novel route, turning right towards Asciano, to tackle the Monte Sante Marie sector. At 11.5 km, it is the hardest and longest on the course, and mostly uphill, with steep gradients (up to over 15%) on both climbs and descents, especially close to Monte Sante Marie. There is a very short, flat, gravel sector (300 m) past Castelnuovo Berardenga, followed by sector 8, after Monteaperti, which is only 800 m in length but has double-digit gradients. The route goes back on paved road in Vico d’Arbia and continues on tarmac, through Pieve a Bozzone. 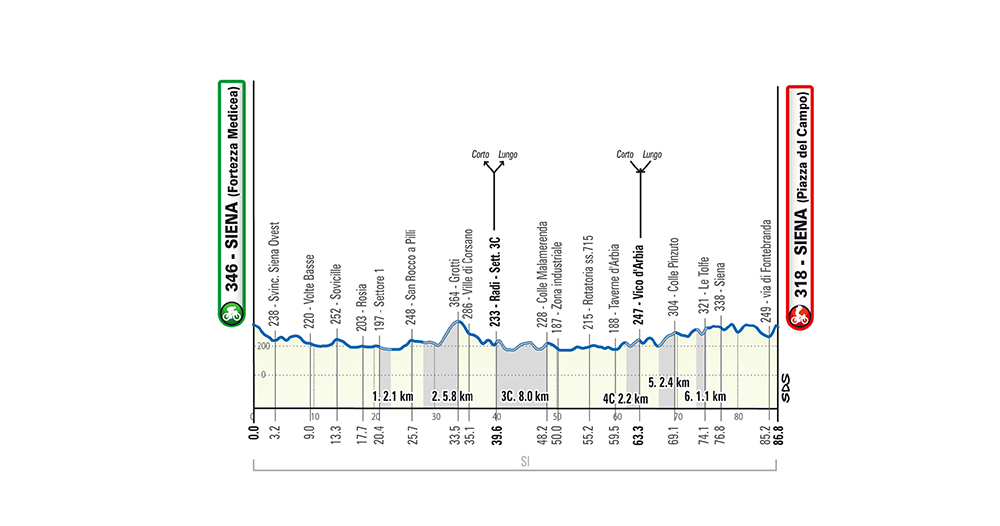 The final kilometres initially follow the outskirts of the city of Siena, along wide, long and straight roads connected by sweeping curves, first descending, and then climbing slightly, up to 2 km from the finish, where the route takes the Via Esterna di Fontebranda, and the gradient reaches 9%. The road surface becomes paving slabs 900 m before the finish line, just past the Fontebranda Gate. The gradient is over 10%, peaking out at 16% in Via Santa Caterina, around 500 m from the finish. A sharp right hand turn leads to Via Delle Terme and then to Via Banchi di Sotto. Starting 300 m to the finish onwards, the road is a slight, continuous descent. With 150 m to go, a right curve leads into Via Rinaldini. The route enters Piazza del Campo 70 m before the finish; the last 30 m are on a 7% gradient descent, while the finish line is on level road.