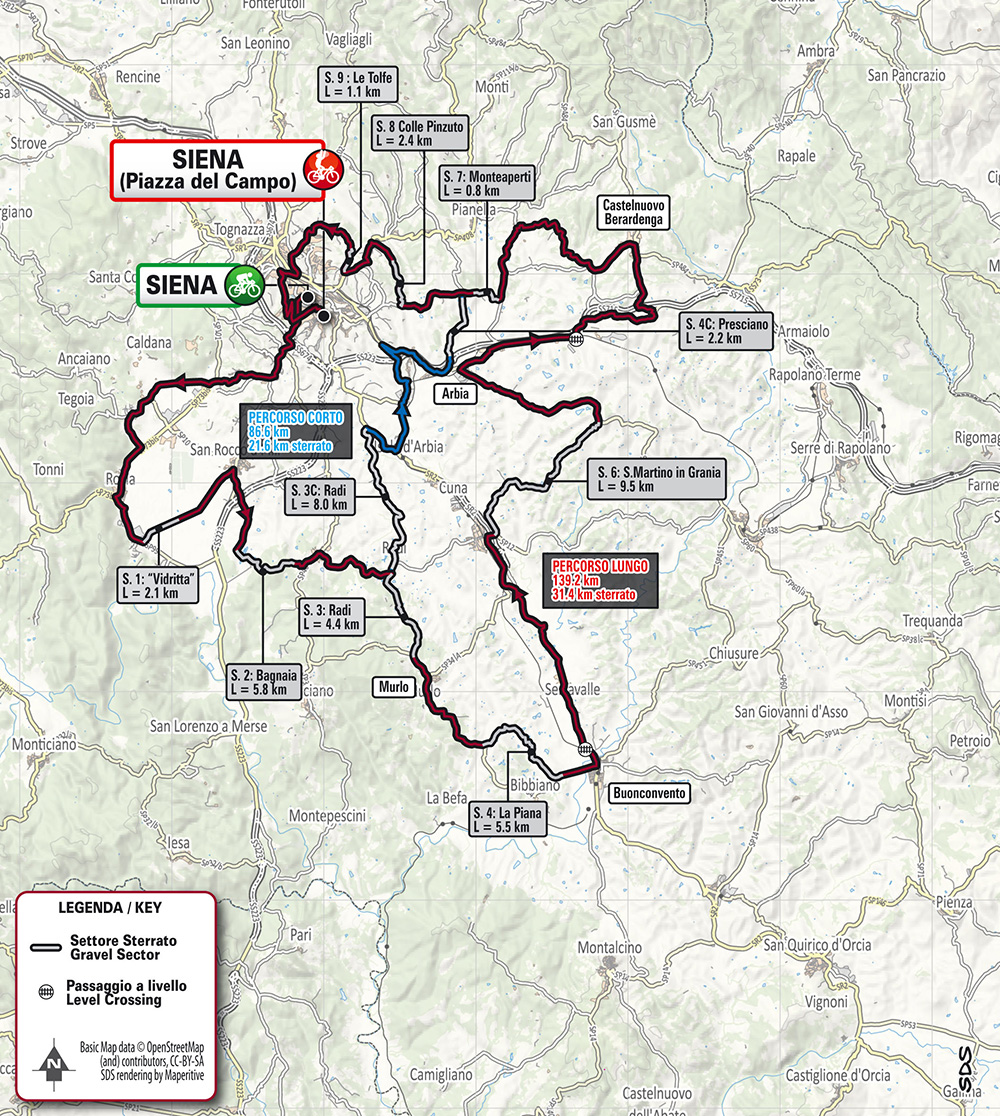 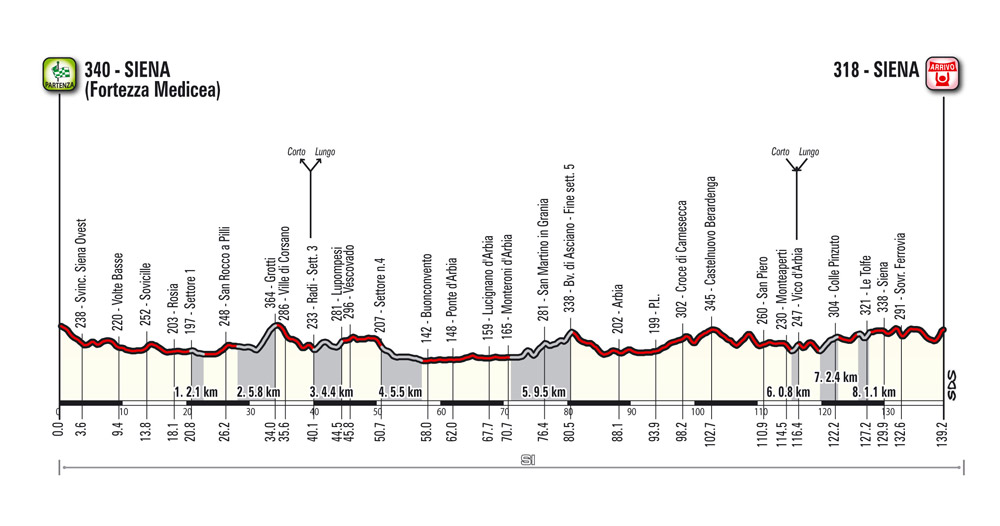 The route is the same as the Women’s Élite’s. A twisty and undulating course, with no long climbs but with punchy hills, most significantly on the unpaved parts. There are roughly more than 30km of gravel roads, appearing in eight sectors (all shared with the Men’s course).
Starting from Siena (Stadium/Medicean Fortress area), the first undulating kilometres are on tarmac before reaching the 2.1km gravel Sector 1 at km 18, which is perfectly straight and always slightly downhill.
After few kilometres the riders will face Sector 2 (5.8km), first real challenge on the course with a short part on descent and a long climb with parts at over 10%.
The course will then go through Radi, where Sector 3 starts (4.4km, second part of the original Sector 1 of the first editions) and immediately after Sector 4 named “La Piana”, one of its classic gravel sectors (5.5km, featuring in the course since its first edition) with no significant gradient and leading to Buonconvento.
After the passage through Buonconvento the feed station will be positioned in the area of Ponte d’Arbia. Soon the route reaches Monteroni d’Arbia, which marks the beginning of Sector 5 of San Martino in Grania (9.5km) in the middle of the Crete Senesi. It’s a long sector with continuous up and downs in the first part, ending up with a twisting climb before meeting the tarmac again.
After Castelnuovo Berardenga there’s a very short, flat section of gravel (300m), before facing, after Monteaperti, Sector 6 which is only 800m long, but with a double digit gradient ramp before rejoining the tarmac in Vico d’Arbia and going to paved road through Pieve a Bozzone.
Next comes the penultimate sector (Sector 7, 2.4km) on the climb toward Colle Pinzuto (with inclination up to 15%). After a few kilometres the riders will face the last sector (Sector 8, 1.1km) which features a sequence of a demanding descent followed by a very punchy climb (max 18%) that ends up at the Tolfe. From here only 12km separate the riders from the finish in Piazza del Campo, Siena. 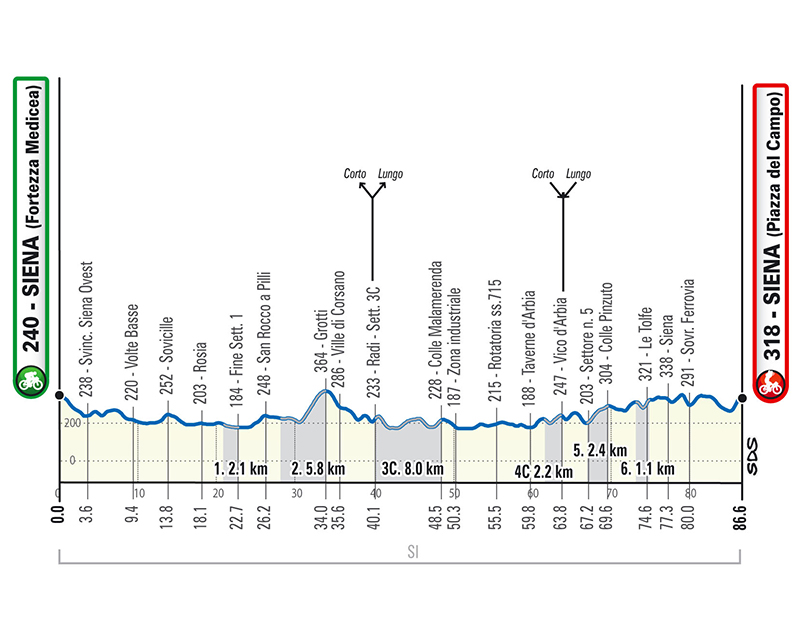 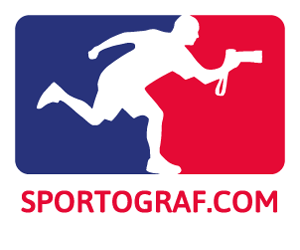 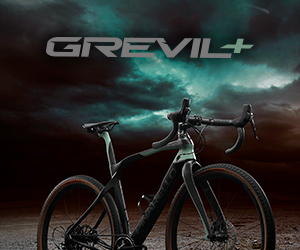